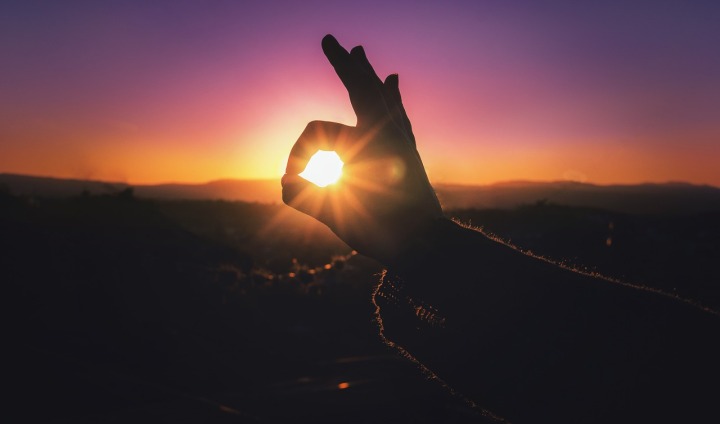 I almost didn’t publish something today.

Hang on, hang on, there’s a reason. (There always is…) This wasn’t just me being lazy and furtively ignoring my blogging accountability partner. (Which I would *cough* NEVER *cough cough* do… *choke*) The reason I almost didn’t post today is ACTUALLY because of you guys.

Yep. It’s YOUR fault. Not mine.

I think it’s fair to say that over the last year or so, my blog has done surprisingly well—especially considering I’ve spent a sum total of zero minutes trying to get myself out there. (New Year’s Resolution, guys: I’m gonna be more professional about marketing this thing.) Sure, I’ve had my spells of blogger’s block (yes, that’s a thing) and some pretty lousy posts, but overall, this ship has sailed pretty smoothly. And of LATE…

People have started sending me so many sweet comments, on the actual blog and in real life—people telling me this place is one of the funniest, one of their favorites, that I make them laugh and they look forward to Thursdays. They tell me that they love The Sarcastic Elf. That my sense of humor is on point. That INTJs are awesome.

(Okay, maybe not that last one, but seriously guys, we are. Just sayin’.)

Now really, is there ANYONE who could hear all that stuff and NOT feel slightly… accomplished? (Especially considering I have absolutely no idea what I’m doing, and most of this is just me winging it…) I mean, practically every day, I’d have some new tid-bit that had to be reported to my family. I’d burst forth into the living room to declare, “I JUST BROKE MY RECORD FOR THE MOST PEOPLE TO LOOK AT MY BLOG IN ONE DAY!!!”

And they’d pat me on the back and say, “That’s nice dear. Despite the fact that I have no idea what it means.”

But Anna, of course, had to be really annoying about it all. She would grin deviously and go, “Don’t take it away from God, Sarah.”

Which of course, I would NEVER do. The very thought. Preposterous.

Yeah, yeah, you all know what happens at this point. Unfortunately, I didn’t.

Hilariously, as my blogging was going up, my writing was going down. It wasn’t that I couldn’t find the words, because I had no problem with that. But there was this crippling… fear. Insecurity, I guess, though I hate that word. I couldn’t pick up my pen without those little nagging doubts appearing in the back of my head, reminding me that this story is worthless, my characters are dumb, I’m a horrible writer. Reminding me that I still have a gazillion plot-holes I need to work through, and my main character still hates me, and my plot isn’t complicated enough to snag anyone’s interest. Reminding me that I’m a failure at writing.

For at least a month, this went on. My blog doing beautifully, my book… not so much.

I didn’t want anyone to read my work. I didn’t want them to know how terrible it was. I didn’t want to follow Anna’s idea and post book updates around here, because I didn’t want people to be misled by pretty book graphics only to be disappointed when they finally got to read the finished product. Thinking about my book was stressful, because I knew I had to somehow fix it, but I wasn’t sure how.

And the worst part was, I knew I was being illogical. As someone who doesn’t often descend into the realm of overthinking and insecurity, I could tell that a foreign emotion was overriding my brain and making me feel paranoid. And I hated it. So I did what any INTJ would do: I grabbed hold of the feeling and dissected it.

Where is the stress coming from? Well, my book, obviously. It’s horrible.

Why does that bother you?

Yeah, so my brain asks stupid questions sometimes. The funny thing was, this one actually threw me for a loop. Because when I really looked at it, I realized that the horribleness of my book didn’t actually bother me—at least, not in the traditional sense. Yes, the perfectionist control-freak in me hated that some stuff wasn’t the greatest, but far more important in my mind was the fact that… well, people would have to read that stuff.

And when people read it, they would realize how bad of a writer I am.

Now before you take to the comment section like flaming angels of charity, assuring me that I’m not a bad writer, please rest assured: I know that. NOW, at least. But at the moment, that wasn’t the problem. I was comparing my work to others. I was measuring my work by what others think. I say that I write for God, but when it comes down to it, I don’t. I write because I want to please people, because I want them to admire me and see what a talented person I am. (I’m a narcissist. You already knew this.)

I write for myself.

Because really, can anyone do any greater than that?

You think I would have learned my lesson.

Suddenly, the tables were reversed. As my book started going UP, my blogging went DOWN. Yeah, people still liked it, but for some reason, when I sat down to write my posts, my words… stopped… COMING. I wasn’t eloquent, I couldn’t think. It was like…

It just got worse and worse, until this week, the words finally… just… stopped. Completely. If I was one of those on-top-of-things bloggers, I probably would have had seven back-up posts, but as it is, I only had one, and I’d already used it. Way to go for being on top of things. Monday came, and I had nothing. Tuesday. Still nothing. Wednesday came, and…

HOLY HAMBURGERS, I NEED TO GET THIS THING DONE BY TOMORROW MORNING.

I spent all day trying to write something for you guys. But nothing came.

Night approached, and I was still furiously typing away at a stupid idea that would later be discarded. Anna happened upon me, and I took advantage of her presence to wail about how I had absolutely nothing to write about because my stupid brain was stupid empty.

She looked completely uninterested. “So… skip this week. Come back next Thursday.”

Please note that this is the girl who would practically burn me at the stake if I posted one DAY late, let alone a whole WEEK. I sort of blinked at her for several minutes. For one brief moment, I actually considered doing it, but then one of my reader’s comments echoed in my mind, reminding me that people would be sad if I missed Thursday.

“I can’t do that,” I told her. “I have this reputation, you know, and people are expecting me to…”

Yeah, I walked right into that one. She grinned at me as only an annoying older sibling can, and said, “See? It doesn’t matter about God anymore, does it?”

As much as it pains me to admit this… she was kinda right. I’d done the exact same thing to my blog as I’d done to my book, albeit in opposite ways. My book had led me to be discouraged because it was all about me. My blog had led me to pride because it was all about me. Look at MY achievement. MY great blog that everyone loves. MY thing that I did. I claimed it was for God, but in the long run… it wasn’t.

I had lost sight of the very One who made it all possible for me.

So I dropped it. I told God that I would forego my reputation and skip a week. And if next week came and my post wasn’t quite as good as it could have been, and people were disappointed in me, I’d let the matter slide. And if next month came, and my words still weren’t back, I’d just accept the fact that I would probably be stuck in an indefinite bout of bloggers’ block forevermore, and that was God’s will for me.

I went to bed.

Thursday morning came. This morning. And suddenly it struck me… I wonder if I could write about… well… this?

And the words came.

So there you have it, folks. The very long and wordy explanation that you probably didn’t want about why it took me so long to post this (I literally typed and edited and reread 70,000 times and made graphics for and had it proof-read ALL THIS MORNING), why I’m no longer worried about my book, why this is once again a blog dedicated to Jesus, and why you guys are the root of all my problems.

Just kidding. I still love you.