One night last week, we lost power during a storm.

Nope, Anna would classify that as a boring start. I’ll try again.

During a single period between sunset and sunrise, those of my kindred blood and I lost all electric capabilities during a vociferation of nature.

I think I’m gonna go with, “It was a dark and stormy night.”

Anna was at a Bible study for the evening, so it was just dad, mom and I when the power went out. We had a candle that did absolutely nothing (except provide dramatic effect), and since there was nothing better to do, we sat in a circle and ate saltines. (Because what else would you do when the power goes out?) During an break in our conversation (which was probably random and meaningless), I was foolish enough to make a crack about “us pioneers,” roughing the hard life of no electricity for half an hour.

(Let’s face it: Americans are wimps.)

That was the wrong thing to say in front of my dad.

He jumped up, grabbed a flashlight (why were we using the stupid candle when there was a flashlight?), and raced out of the room.

Before we continue, there’s something you must understand about my father: He’s slightly obsessed with the end of the world. This is the man who knows everything about anything related to survival skills. He’s got books, people. A whole shelf full. All about interesting and important stuff, like how to make Eco-friendly toilets, and houses out of school buses!

Has he ever had to use any of that stored practical knowledge?

But he’s got a whole tub of bungee cords, by golly! And a crate of canned tomato soup—the kind none of us likes! And a big box of fish antibiotics! (Please note that we don’t have fish.)

Over the years, the survival gear has become a source of affectionate mockery by all of us. And Dad, trooper that he is, bears it with patient good humor, wise enough to know that one day, we very well might need some of this stuff. But whether it has a purpose or not, neither mom or I were surprised when he came back toting his pack of survival trivia cards.

My exalted patriarch, that’s who.

It’s bad enough to have my mother and I in the same room under normal circumstances. You throw us together when there is no power and my father is going off on one of his crazy tangents, and something ridiculous is bound to happen. The game spiraled away from the original purpose, “Let’s Review End-Of-The-World Skills,” and turned into something more along the lines of, “Let’s Poke Fun at Every Single Question and Give Dad a Headache.”

Being the person that I am, I found my notebook and made it my goal to record our entire conversation. For example:

How do you treat a badly injured hip?

A. Immobilize the victim. If they must be moved, create a makeshift stretcher from an ironing board.

I was the first to point out the obvious: If you’re in the middle of the jungle (or any type of extreme environment), where are you going to find an ironing board?

Mom nodded sagely. “We are so much smarter than this game…”

How do you prevent altitude sickness?

How do you survive an avalanche?

A. Curl into a tight ball and protect your head.

B. Prevent getting picked up by the debris flow by wrapping your arms around a tree, with your back facing the landslide and your body braced against—

Mom didn’t even need to hear the rest. She already knew the answer.

The answer was A. Curl into a ball, etc.

There was a moment of shocked silence, during which mom and I looked at each other, aghast. Then she sniffed. “Well I’m not doing that.”

Because DUH, she’s so much smarter than this game.

How do you know if you should be wearing a sling?

A. You have injured your shoulder, collarbone, or forearm.

B. You have injured your wrist, ribs, or internal organs.

C. You have injured your neck, inner ear, or sternum.

Yeah, that sling is really gonna help your ear.

In the words of my mother, “These people must think we’re idiots.”

At this point, Dad apparently had enough of our childishness, because he got up and left the room. But wait—no, he’s back, and what is that on his head?

The man is wearing a headlamp.

Apparently, the flashlight wasn’t good enough for him.

Then of course, there was the time when he was reading a question about how to detect bugs in your hotel room. (Please note that I thought he was talking about BUGS, not the spy thingies. For one beautiful moment, it was the most useful card in the deck.) Apparently, his headlamp thing wasn’t bright enough, because when he was reading about the “debris on the floor”, it came out as “ da breeze on da floor”.

I wasn’t sure if my ears were tricking me, or dad had reverted back to his native Chicago speak.

How do you catch a fish by hand?

This time, I was totally prepared. Come on, guys, I’ve watched Lord of the Rings like, fifty times.

Mom did not agree with me.

This resulted in us arguing for ten minutes straight about which answer was right. I eventually ended the disagreement with, “Well, we pick A, but if we’re wrong, we really meant C all along.”

The answer was B.

Of course, by this point, mom couldn’t even remember what the question was.

This is why playing games with her never works.

How do you protect yourself when trapped in a burning building?

A. Put a paper bag over your head with two holes punched out for the eyes. 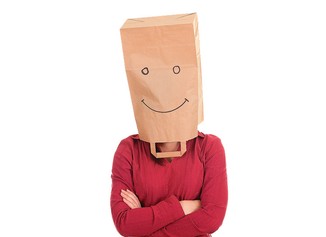 I’d like to restate a question Mop asked very early on: What kind of idiots do they think we are?

How do you attack an alien?

This may be a stupid question, but… Why would I even want to?

(According to the card, you go for the eyes. Aliens have a lot of them, you know.) 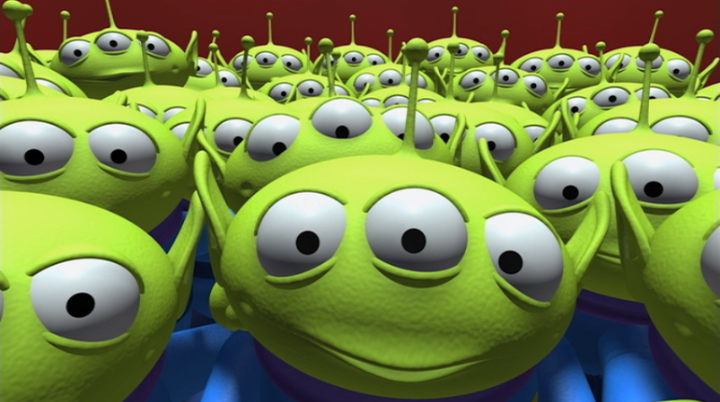 The Barans are dysfunctional game players. They prefer to ridicule everything as opposed to actually taking it seriously, and if you’re unwise enough to put my mother and I on the same team, you’re gonna get what you’re gonna get.

If you think we’re bad, you should see what it’s like when Anna joins the mix. 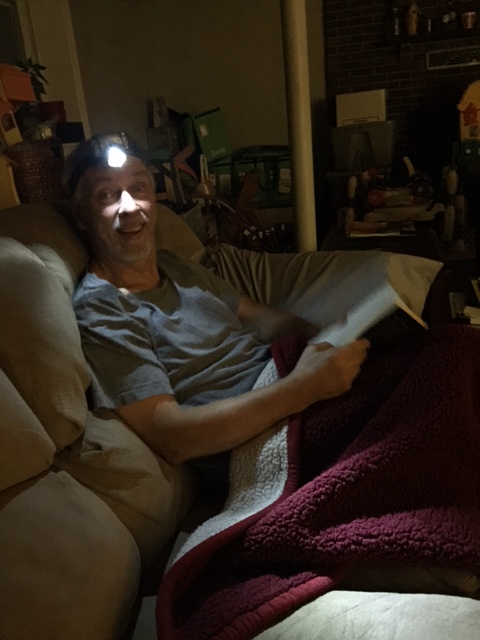 I love my family.

So that’s it for today, folks. May your headlamps be bright, may the paper bags protect you, and may you always have an ironing board in the jungle when you break your hip!

15 thoughts on “How to be a Dysfunctional Game Player: A Baran Tutorial on Poking Fun at Things”