My sister is in Peru.

(Smooth, Sarah. Just jump right in, and maybe they won’t notice that you skipped the intro after seventeen failed attempts to write one.)

As of yesterday, my sister has been in Peru for a week, and she’ll stay in Peru for another week yet. Laying concrete, or something equally monotonous. For churches.

Yes, the dear girl had the nerve to go on a missions trip over New Year’s Eve, which means we didn’t get to geek out and eat chocolate and talk until 3 AM. The little traitor.

Since she’s gone, and it’s been a grand total of seven days since I’ve seen her, I thought this post could be a sweet little tribute to my older sister. An Ode to Anna, if you will, and all her little quirks. (There are a lot of them.)

Namely, her fascination with hats.

Before we go on, I would like to make it very clear that this post is not retribution for her leaving us over New Years Eve. Really.

*as no one trusts her* 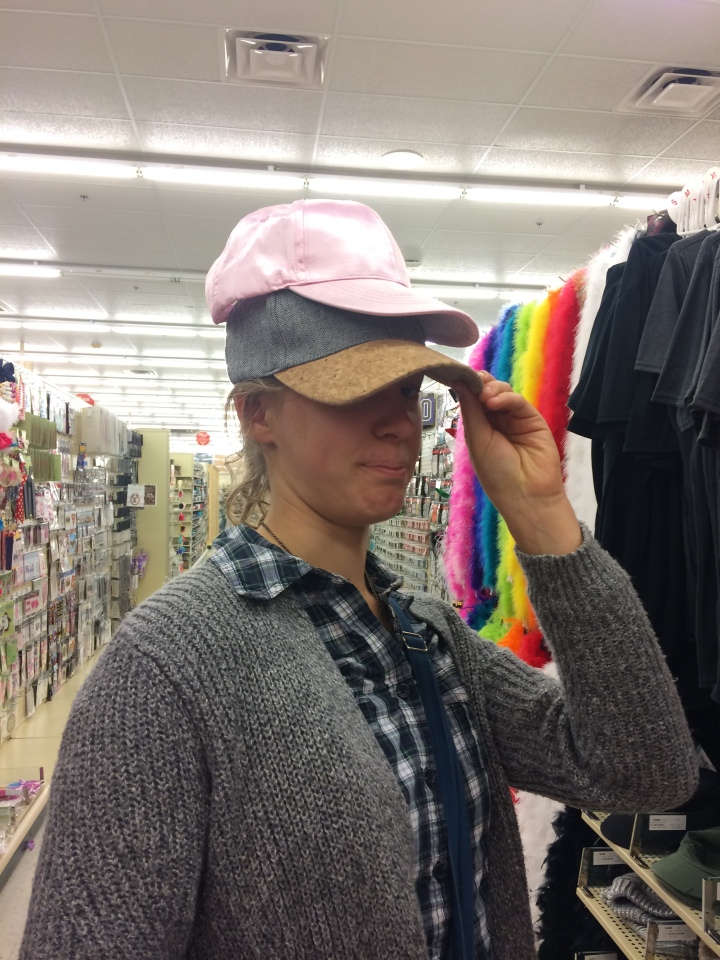 You see, guys, Anna has a fascination with hats.

Now, we’re not talking real hats, as in these kind of feminine monstrosities:

We’re talking “here’s a random object, I wonder if it would fit on my head” kind of thing. For instance, this is a soup-bowl cozy. 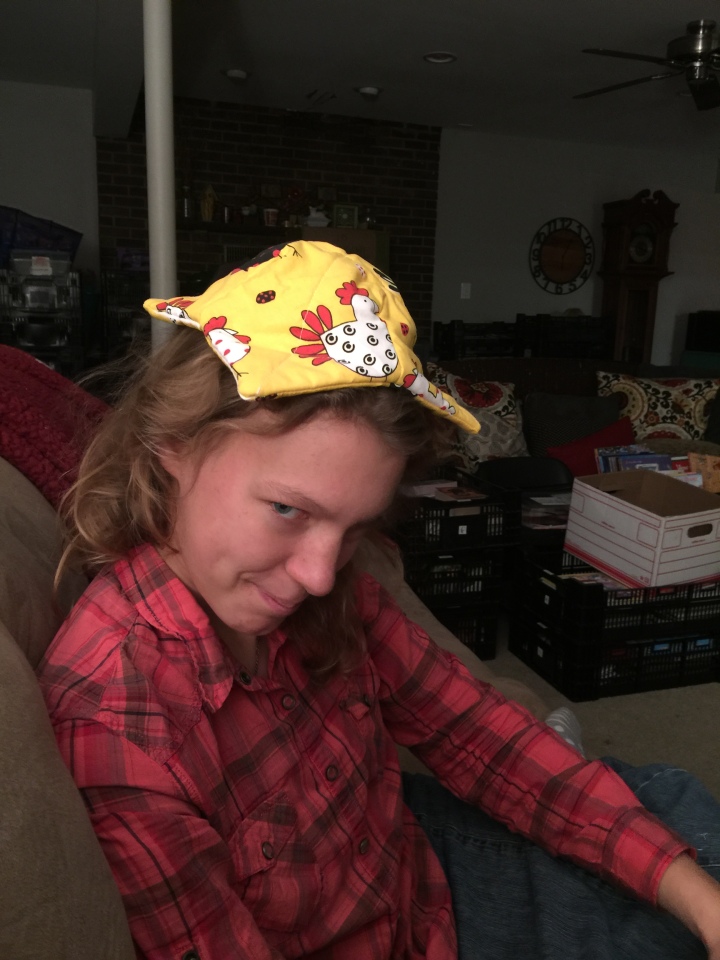 And this is an ancient tribal headdress made of discarded corn husks. 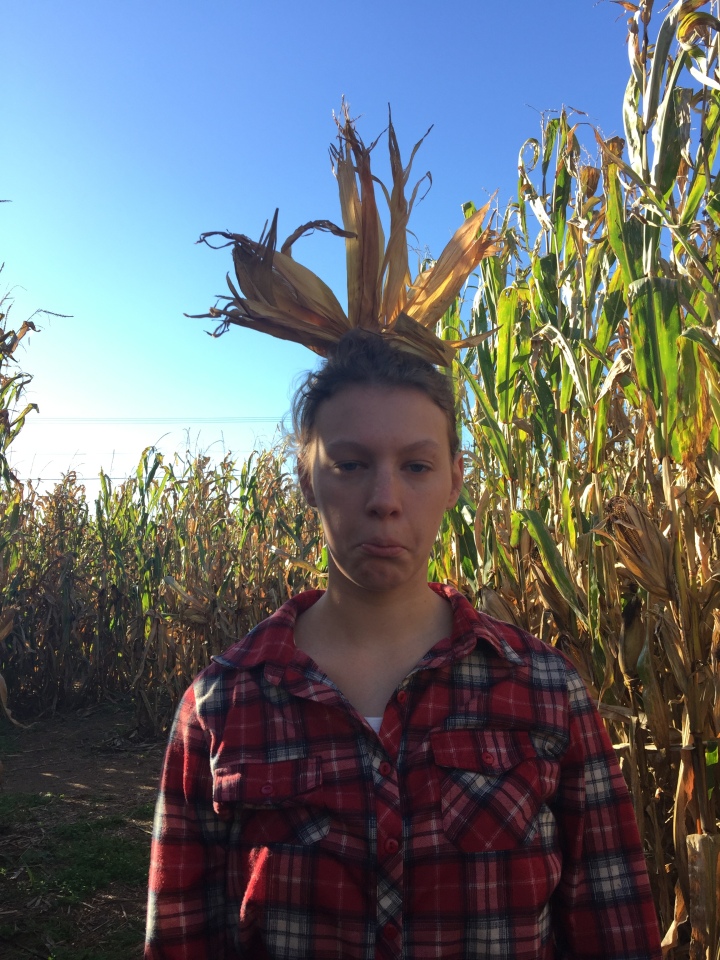 And in case you’re wondering, the weird facial expression is 100% necessary. It’s against the rules to wear a pretend hat and not make some strange contortion of your face. 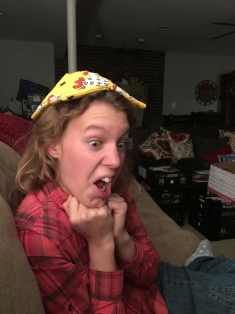 Then there’s the “child’s halloween costume that’s ten sizes too small, but I’m going to jam myself into it anyway” look. Hand motions are optional, though strongly encouraged.

And yes, she did get stuck in that thing, and I had to yank it off of her. The price one pays for fashion. 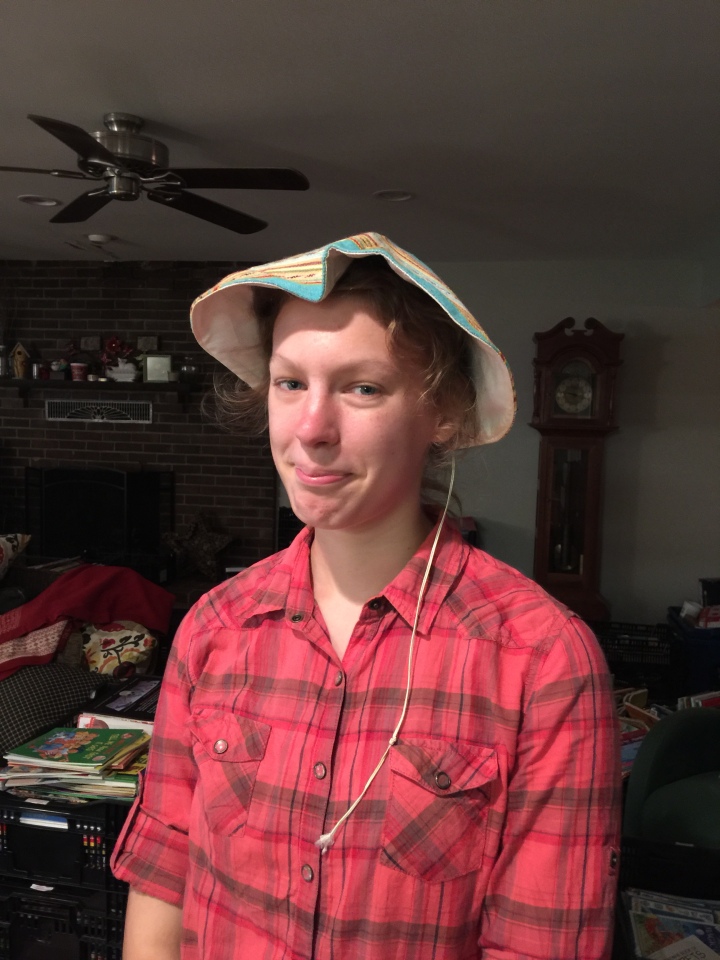 This is the innocent rice farmer look. (The broken chin strap adds a nice touch…)

The “squeezing my brain into this thing was a lot more painful than I anticipated” look, otherwise known as, “I might have made an error.”

And finally, “my younger sister is so much cooler than me,” which may or may not have been her actual words, but we’re going to pretend they were.

(Just so we’re clear, I really like that hat I’m wearing. It’s almost—ALMOST—as good as Will Turner’s. Almost. But not quite.)

I think we can all agree that Anna is epic and needs to come back from Peru.