Sooo… I wrote something.

No, um, actually, I was kinda playing with random words and making them sound epic, and basically, I somehow ended up with the prologue for the Chronicles of Narnia. Call that fanfiction if you will, but I am in firm denial of the fact that I wrote fanfiction.

But it is kind of beautiful, so I thought I’d dump it on you. 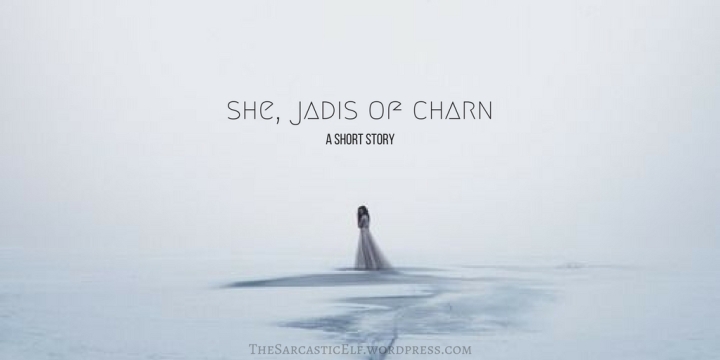 The legends say she came at the beginning of time, ferried to that world by a child from another.

A child, though no less innocent than she.

The legends tell how she stayed hidden, lingering in the shadows of time, waiting for the hour to ripen. And when the chance came, she took it. She, Jadis of Charn, whom no man could seek to overthrow. She, the witch of another realm, the queen of a dead world, the defiler of a new one.

And she was strong.

In her power she rose up, using her might and the sins of those she deceived to overthrow that which was good and holy. She destroyed the faith of the weak and took the lives of the strong, and with every sword stroke, she cursed His name, and with every curse, she laughed. Let Him dare to defy her; she would strike Him down before He could touch her. So said the Deep Magic.

And then, they came. A breath of hope in a broken world. Four children. Four fates.

Then the witch ceased to laugh, for in these children she saw the shadow of a threat come over her rule. And she was right to fear; for was it not with these children that Father Christmas came, and Spring, and finally, He himself, the son of the Emperor over the sea, the one they call Aslan? Was it not these four children the prophecy decreed would fill the empty seats of the castle on the Eastern Sea, that place called Paravel? And with their coming, so also would her reign of ice end.

And it was so. For these four were not the humble school children they imagined themselves to be. No, they possessed greater power than they ever could have believed, and though it was not by their hand that she was struck down, it was by their doing. She, Jadis of Charn, whom no man could seek to overthrow, had overlooked that which should not be overlooked, and dismissed magic too deep and powerful to ever truly stay asleep. She, Jadis of Charn, had forgotten that it was by a child’s hand she had been released into the world, and it would be by a Lion’s maw her doom would be brought nigh.

And it was so.

For Narnia had been kingless for a hundred years, until the Pevensies came. Four thrones, four children. Two kings, two queens.

And she, Jadis of Charn, had no power against such magic, nor the lion’s teeth ’round her throat.

And to all those who battled the forces of NaNoWriMo, IT’S AT AN END, MY FRIENDS. You are free. Go write what you want.

(And kindly disregard the fact that I didn’t even DO NaNo. I can still congratulate the ones who did. You are far braver sorts than I.)

37 thoughts on “She, Jadis of Charn — Short Story”