I return for your mid-week installment of foolishness with Part 2 of my various and sundry tags. I could spend this section of the post rambling on and on with a boring introduction, but I think that’s unnecessary. We’re cutting to the chase today.

First up is #CoverLove. An incredibly challenging tag, given the fact that I pay numero zero attention to book covers. (Oops…) This was passed on to me by Kate of the exemplary writing advice and Hans of the beautiful poetry and intriguing stories. (Who, I might add, didn’t actually do the tag himself, but I choose not to draw attention to that fact because I’m a kind person. *much benevolence*) So thank you, both of you.

1.) A cover that was meh on first glance but got more interesting the more you looked at it. 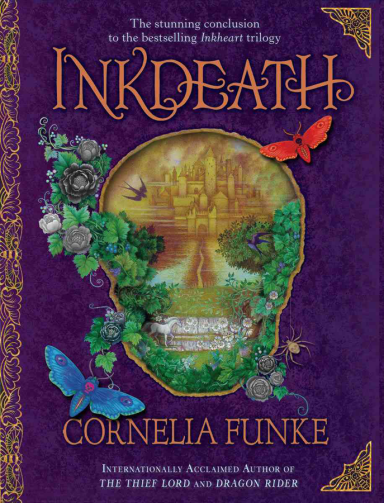 It’s pretty and nondescript and fantasy-ish for all of 0.3 seconds, until you squint and realize it’s literally a skull.

2.) A cover that looked really cool at first glance, but was meh the more you looked at it. 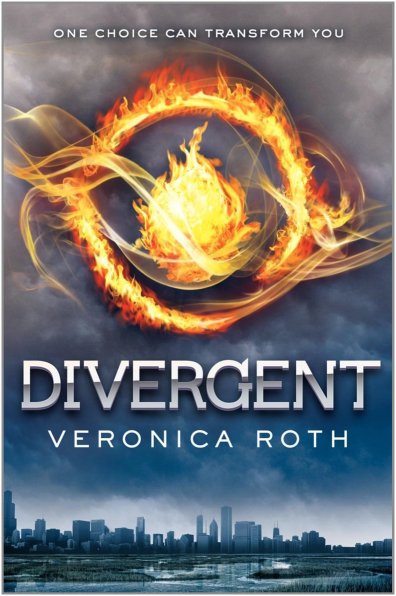 To be clear, I’ve never actually read this book. I have no desire to read this book. But when your parents work in the book industry, you see a lot of these things floating around, which gives one plenty of time to admire (and then slowly grow to hate) these covers. 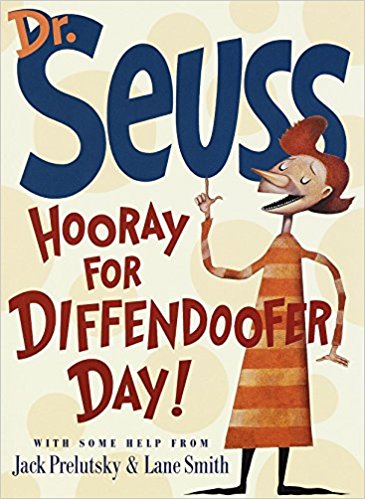 4.) A cover that fit its story exceptionally well.

It’s so nice when the illustrator actually reads the book… And then draws things exactly the way they were described… Zis does my heart good.

5.) A cover whose style you want for your own work. 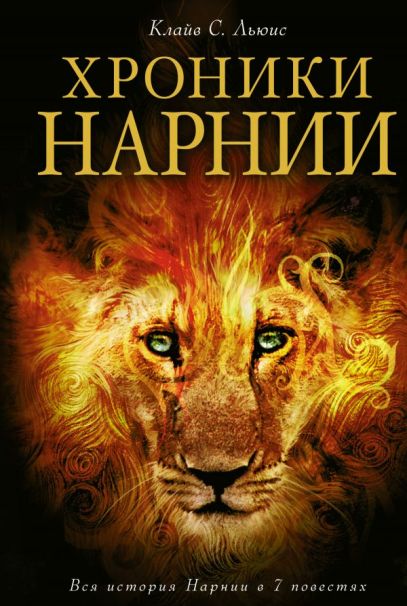 Yes, it’s in another language. For some reason, this is the only decent image I could find of a Narnia cover.

6.) A children’s book cover that you really loved. 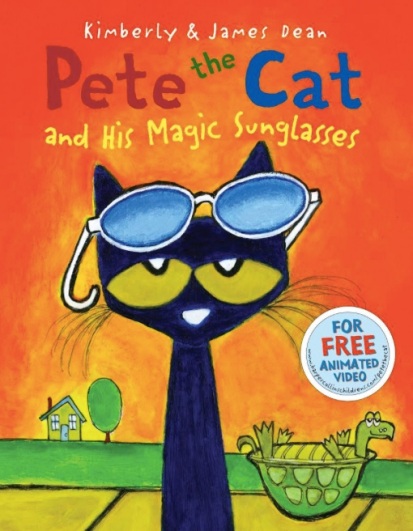 You didn’t say what age-range it had to be.

And yes, I do read Pete the Cat. It should be an essential ingredient in everyone’s literary diet.

7.) The most artistic cover you’ve ever seen, and why you think that. 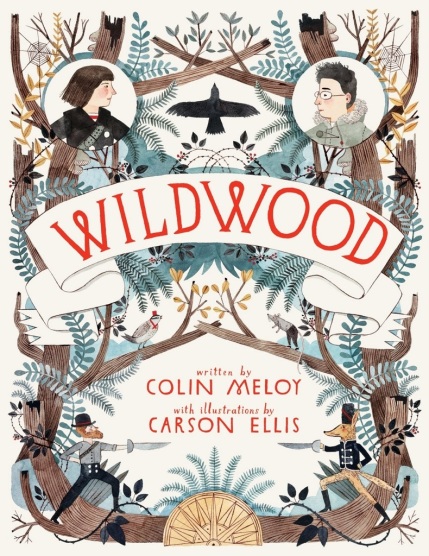 Okay, this might be my inner watercolor-artist emerging to scream incoherent thoughts about composition, but seriously… *gestures vaguely above* It’s so soft and muted and detailed. A+use of complimentary colors. Beautifully whimsical. Lovely balance and symmetry.

I could stare at this cover for days. 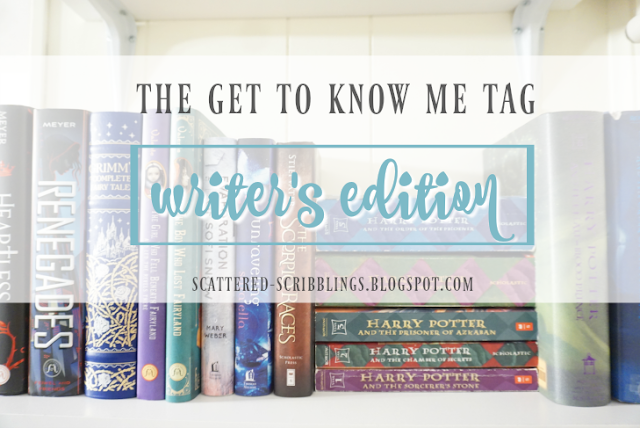 Now it’s time for the “Get to Know Me” tag, presented by my buddy Danielle — thanks, kid. This one is long, so… brace yourselves.

My mom sometimes calls me Kate, though I have no idea why.

Hair color and length/eye color: Dark blond hair. (With reddish/gold highlights in specific lighting…) I have the prestigious position in this family as the One with Flowing Tresses, which basically just means that my hair is the longest, it being halfway down my back.

And my eyes are blue.

I make for a very cliche heroine.

Braces/piercings: Braces. Because when I was younger, a random tooth decided it wanted to be a vampire fang, and thus made a point of growing in a direction no tooth ought to grow.

Ethnicity: Um…. American…? Half-Polish, if we’re getting into specifics. My last name means “lamb”, in case anyone wondered.

There’s your random useless fact for the day.

I abandoned it after two chapters.

Award for writing: I came in second place in a story contest once… I’m not quite sure how, because my story was terrible, but still. I won $150. It was a good day.

Conferences: …apparently, I am an reclusive writer.

Query/pitch: WHY CAN’T I ANSWER ANY OF THESE QUESTIONS???

Novel that you wrote: I petition that this be changed to,  “Novel that I haven’t written yet but want to because I love it.”

The answer to that stunning question is “Untitled Prequel Story about the Golden Boy and his Dead Friends.”

Genre: *buckles on sword and clutches Elven rings to her chest as she wanders off into the Shire sunset, reciting Theoden-style monologues*

Author: Lately, the current craze has been N. D. Wilson, though my favorite authors/books change on a daily basis.

(Seriously though, he’s amazing, so go read The Hundred Cupboards. I’ll wait for you.)

Writing music: At this point, I think the world is getting bored of my zero-tolerance for anything that’s not Audiomachine.

But despite this, I still refuse to listen to any other music.

Time to write: Does anyone really have time to write? Yet somehow, we still do it. Scraping out seconds and minutes from our meager existences, cramming every spare moment with overflowing ideas that deserve hours to be pondered, not these pathetic instances of momentary idleness.

*wanders off to ponder life, philosophy and the universe*

Writing snack/drink: The thought of getting crumbs on my keyboard is enough to paralyze me. Don’t bring food within a ten-foot radius of my writing zone.

Writing memory: Curling up on the floor in our storage room, amidst all the boxes and junk, to write the secret first draft of Aeterna. (Secret, you ask? Oh yes, preciousss. My mother was the only one who knew about it for almost a year. I was an obsessively protective writer.)

Childhood book: The A to Z Mysteries by Ron Roy. Believe it or not, this dumb little series actually had a huge part to play in my journey towards authorhood. I always knew what I wanted, even from a fairly young age, but reading The Absent Author solidified that goal.

It also sparked my deeper ambitions of becoming a private eye.

What, you never heard about that dream?

Reading: Wildwood by Colin Meloy. Mostly so I can admire the cover.

Watching: THE CLOOONE WAAAARS!!! *inhuman screeching**knocks over lamp* Darling, geeky Anna was responsible for dragging my highly skeptical self into this one. Originally, I was not impressed. Animation? Ew. Anakin Skywalker? Ew. AND WHAT IS HIS PADAWAN WEARING??? Eeeew.

Yet here I am, having my mind blown by the complicated and thought-provoking story arcs that explore themes such as wartime morality and political corruption, and sobbing my eyes out over cartoon characters. I was not prepared for the level of dark, gritty, emotionally wrenching complexity this evil little children’s show would fling at me.

There’s your mini-rant of the day.

Wildest goal: To rule the world.

If I can’t have that, then owning a castle will do.

Well that was fun. This last one’s even better. Hope of the Red Hair and numerous daggers and published books nominated me for the 777 challenge. (Admit it — there for a moment, you wondered why it’s not sixes instead…) The rules? Go to the 7th page of your WIP, find the 7th line, and starting there, share the next 7 paragraphs.

Welcome to a tid-bit of Aeterna.

Aven’s back went rigid. “Liriel,” he asked casually, “did you kill him?”

“I should think not! I expect he’s baiting us for some kind of ambush. Now that you’re here, we can warn–”

That was a word rarely used in Glenborn.

Before she could stop him, Aven stretched out his foot and delicately prodded the body. Nothing happened. He crouched beside it, brow wrinkled with mild curiosity as he scrutinized the corpse. Still, nothing happened. The human didn’t leap up, shouting curses like before. No enemy reinforcements dropped their silent arrows from the treetops. Aven didn’t get a surprise knife in the gut.

Well, this was one thing she now knew about humans — they were terrible at laying traps.

ANYWAY, Thanks for following along on this tediously lengthy tag dump. Y’all are troopers. So long for now, and I’ll see you again on Thursday!

In the meantime, you can stew over what cover you would yell about for hours. Hopefully you guys pay more attention to these things than I do.