Well hello, my friends! Guess who’s going to see a play of The Horse and His Boy tomorrow!

What’s that, you say?

I’m going to see a play of The Horse and His Boy tomorrow???

How shockingly astute of you.

I’m currently holed up in a quiet corner of my aunt’s basement, counting the seconds until tomorrow and shirking my blogger duty. Do you know what happens when I’m too lazy and excited to write something coherent for you folks?

Behold: My recent (and not so recent) art: 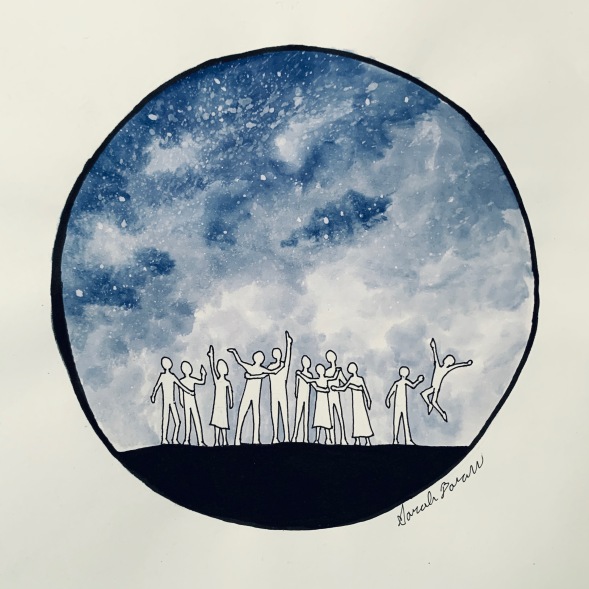 This little piece was how I combatted the massive withdrawal I suffered from after my trip to Ohio. (Y’know, the one where a bunch of writing friends hung out and evaded death together.) I don’t know who the person leaping off into the distance is, but guesses have been made and bets placed. Some say Gracie. Some say Martin. 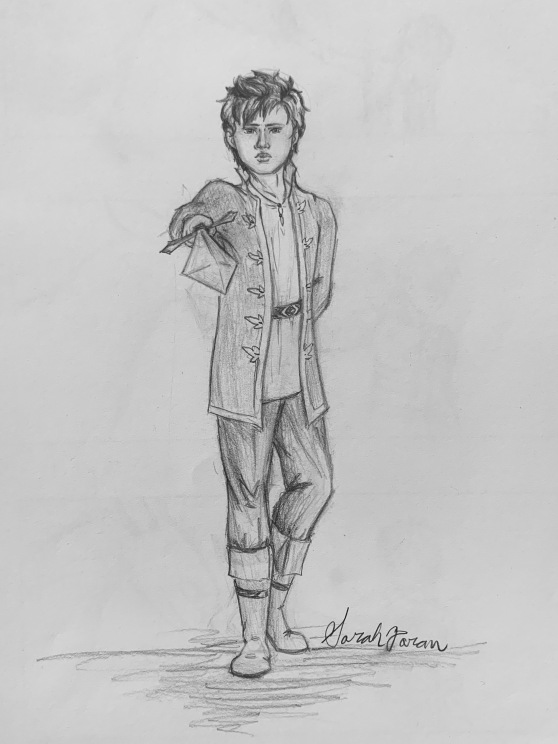 A small commission I did quite a while ago for Mary @Wild Writing Dreams. The hair had me monstrously stressed, but by golly, I did it. And it’s fantastic. 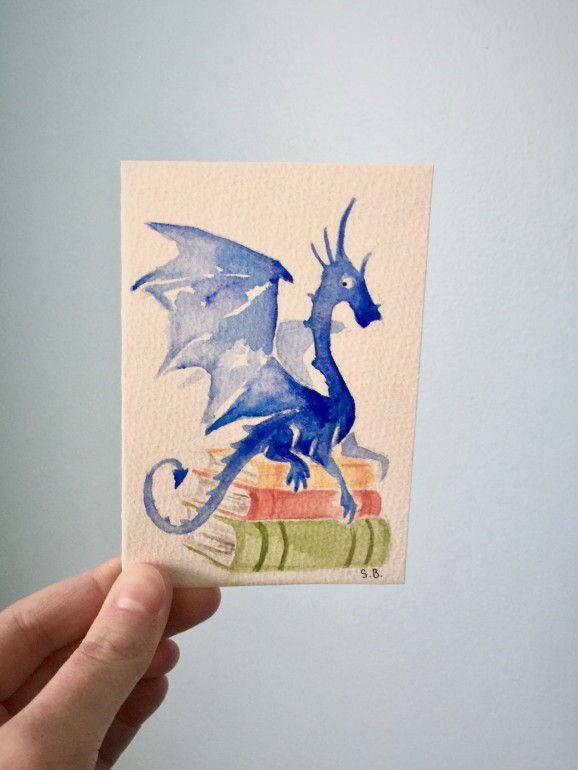 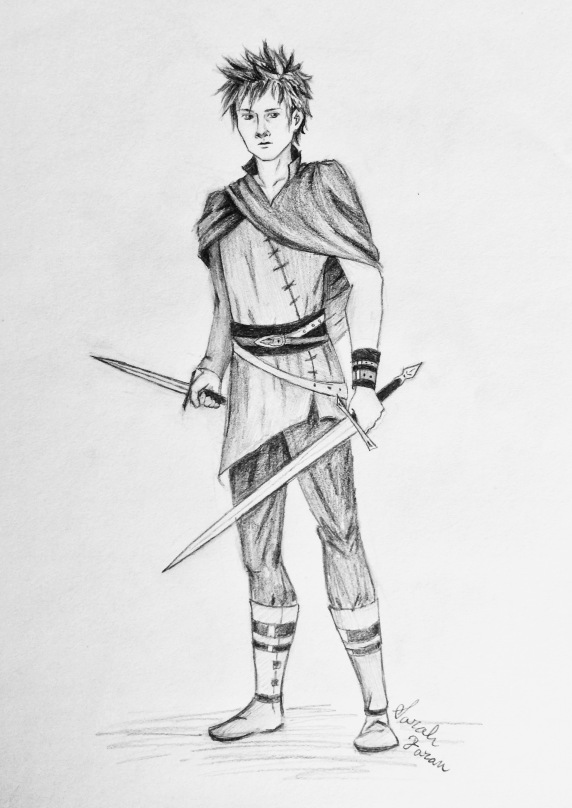 The rest of us quietly wonder where his other sleeve went. 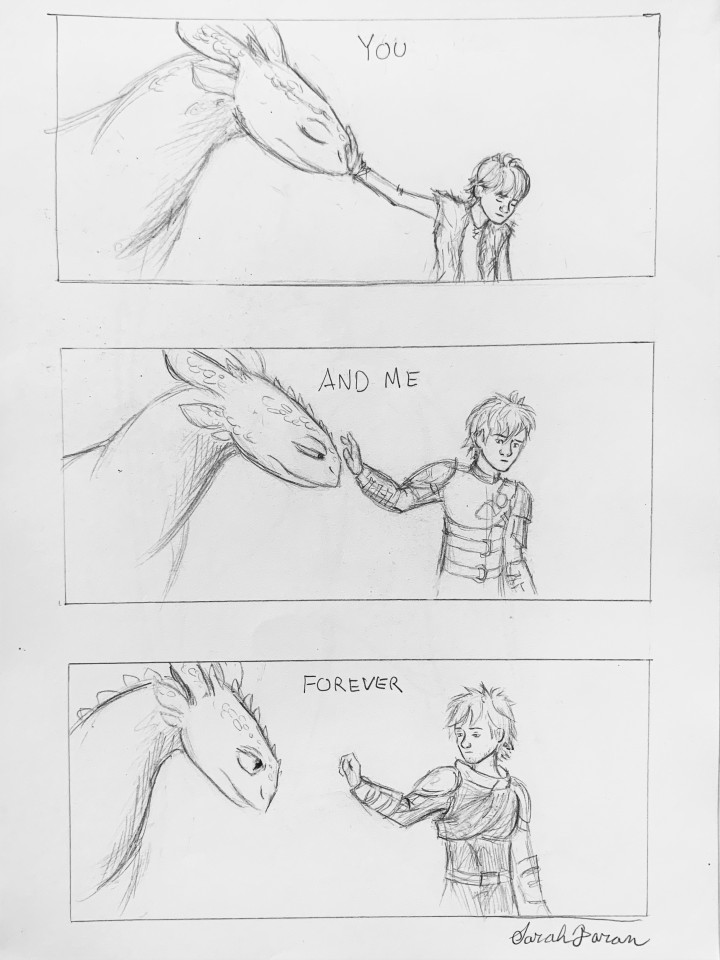 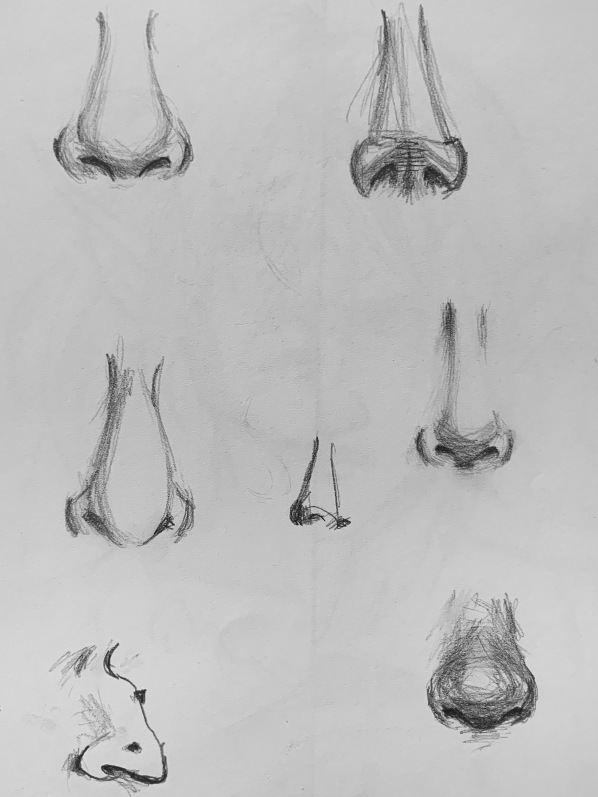 A practice in drawing noses. Bottom-left is by far my favorite, though top-right cuts it close. It’s like… like plastic surgery gone incredibly wrong. 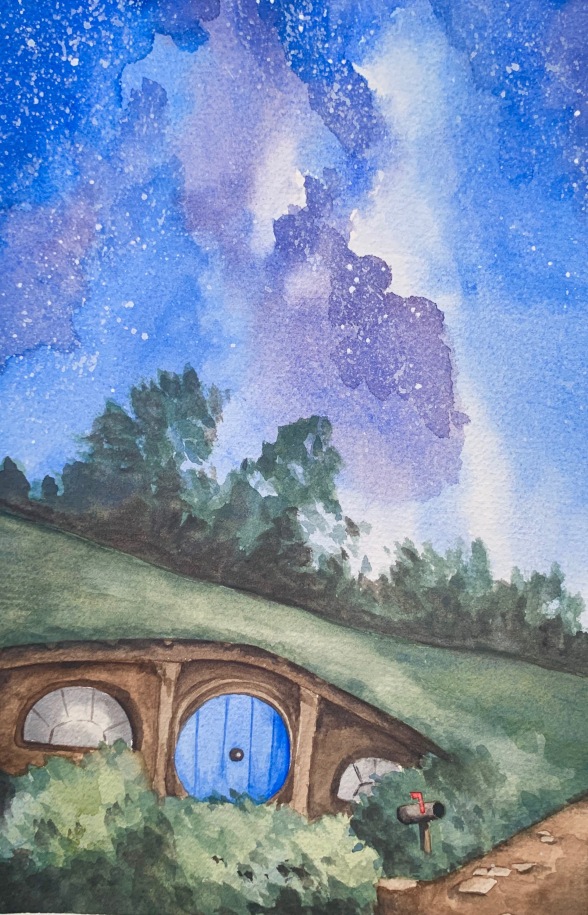 At this point, you know I have a fondness for Hobbiton and watercolor starscapes. Put ’em together, and you get perfection incarnate. 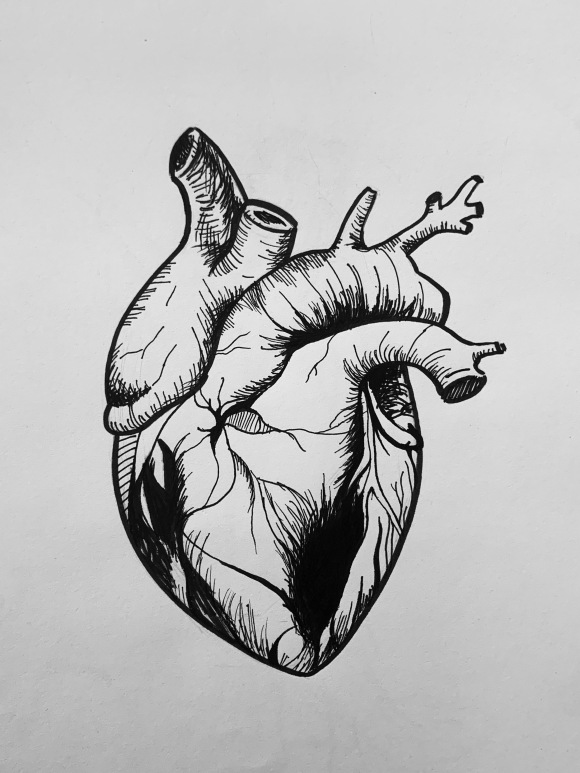 Why is this grisly and slightly graphic ink sketch in my portfolio, you may ask? What inspired such a drawing?

The answer, my friends, is anatomy.

(Also, my dad had several heart-attacks a few months ago which miiiiiiight have served as a contributing factor.)

Now for a story: A younger aspiring writer who goes to my church asked me if I’d draw her characters for her. The description she gave was for a typical, swashbuckling hero — young, dark, handsome, considerably more athletic than the modern American male — and she was so enthusiastic about it that I decided utter compliance was absolutely necessary. I went home determined to draw her the best, most heroic, most dashing young man my imagination could create.

And by golly, he was beautiful. Absolutely stunning. Could’ve made the most unromantic girl swoon.

However, when I showed it to her– 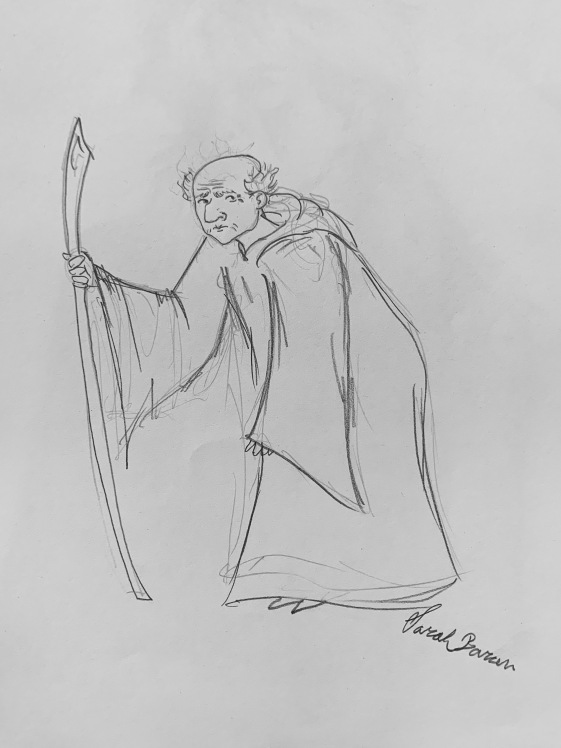 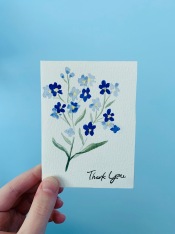 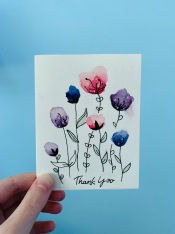 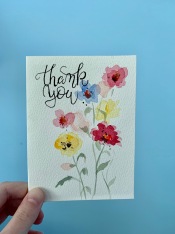 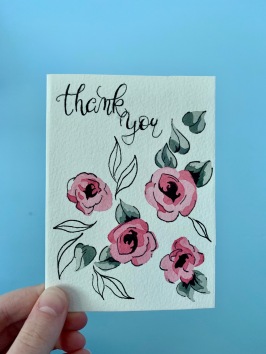 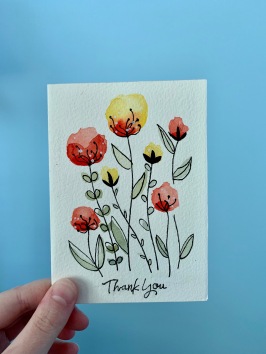 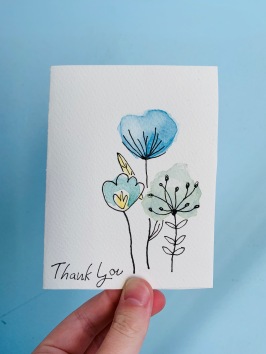 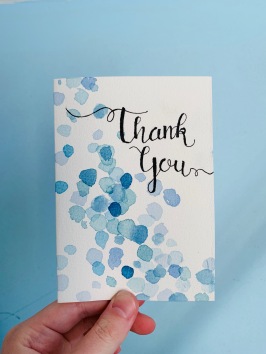 Sometimes, as much as I hate it, card-making is necessary.

(Full disclosure — I pulled inspiration for some of these from cards I found online, so they’re not entirely original. I would give credit to the mishmash of people who inspired me, but I don’t know who they are. So I’m sorry, random persons. You’re talented artists.) 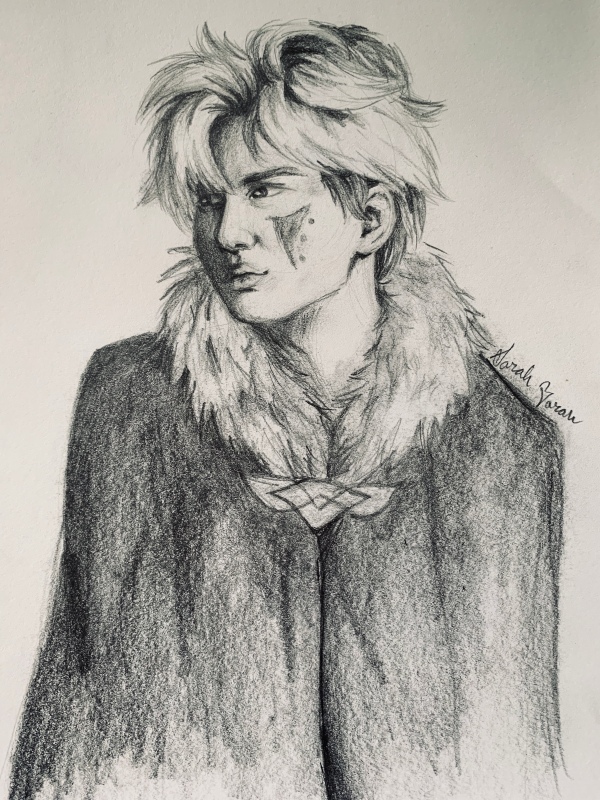 Ah yes, another of my sickeningly pretty human creations. This feral looking wolf child needs a story. Give me time, and I’m sure I’ll think of one. 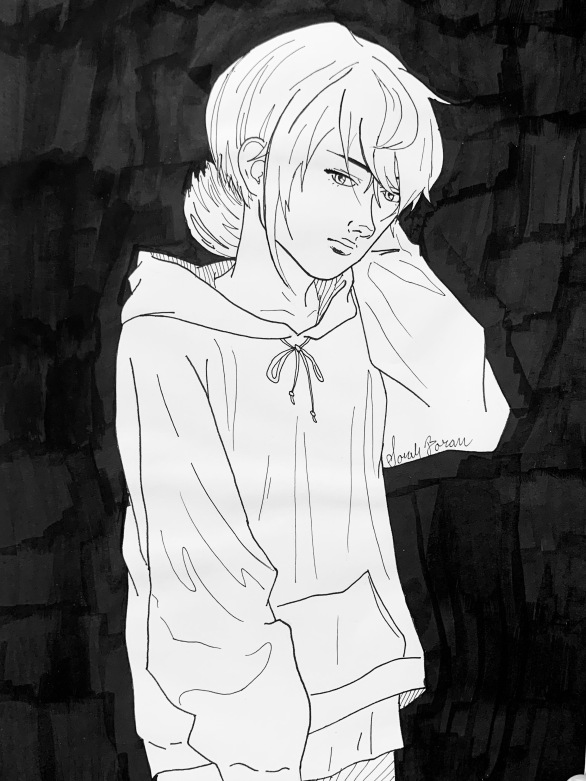 And then there’s the resident emo. 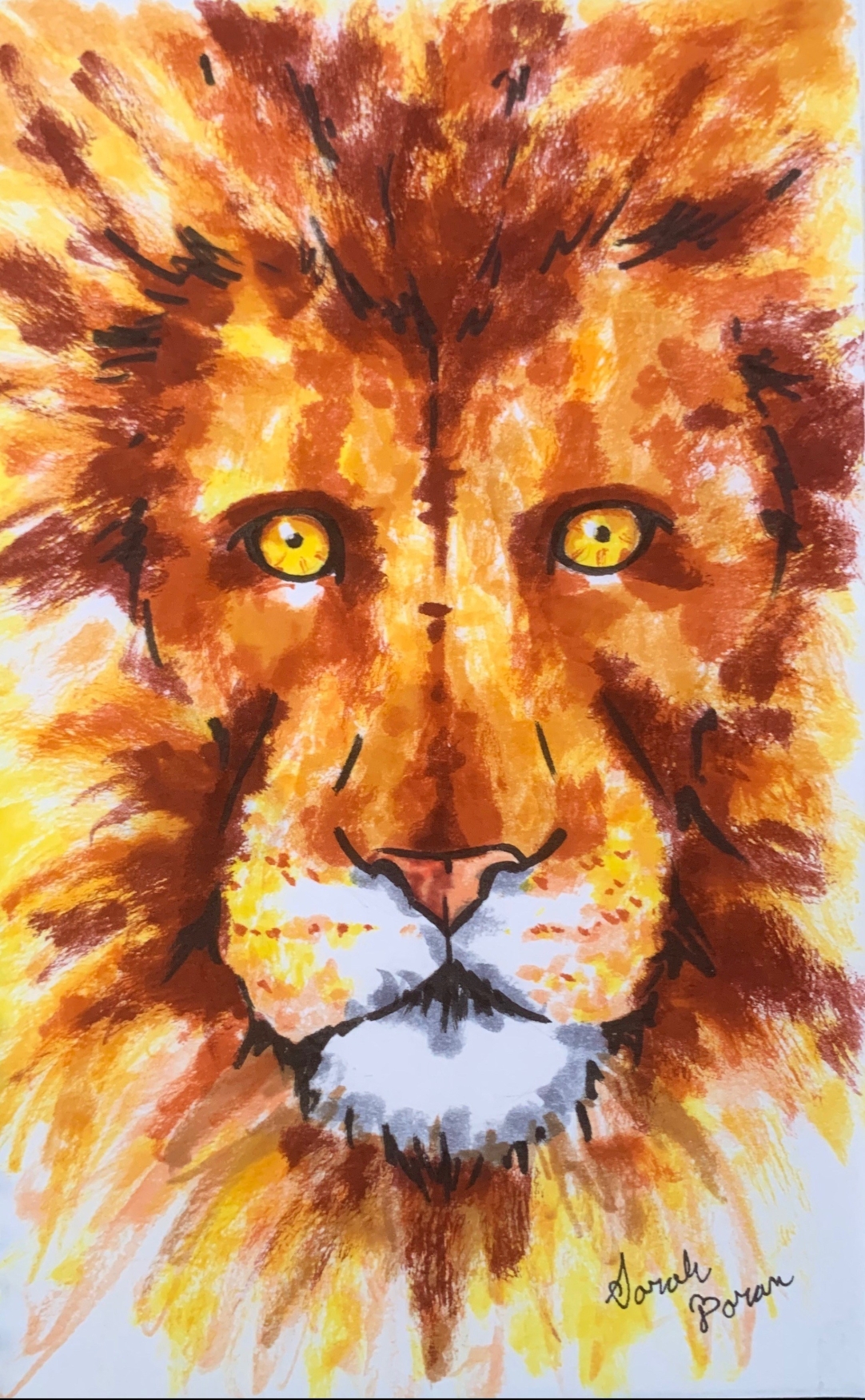 I tried a bit of a different style with this guy. I’m rather pleased with how it turned out. 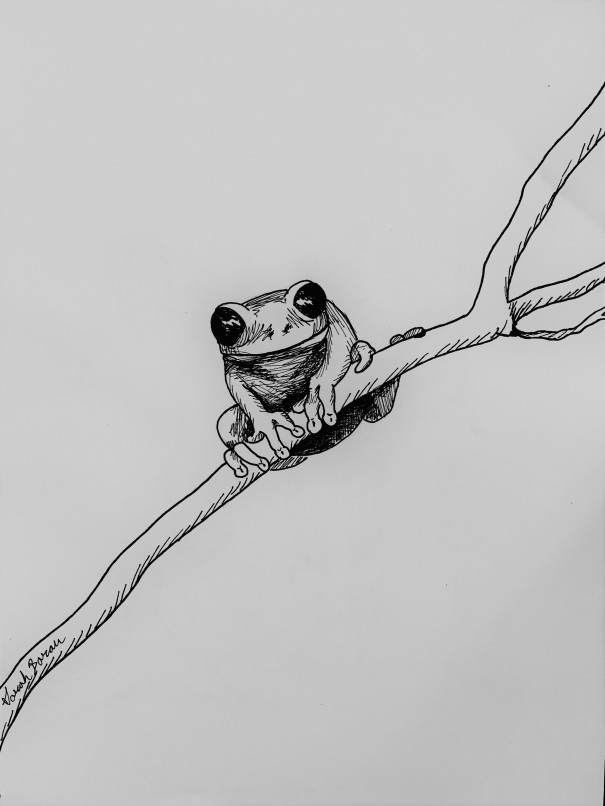 Kermit in his natural state. 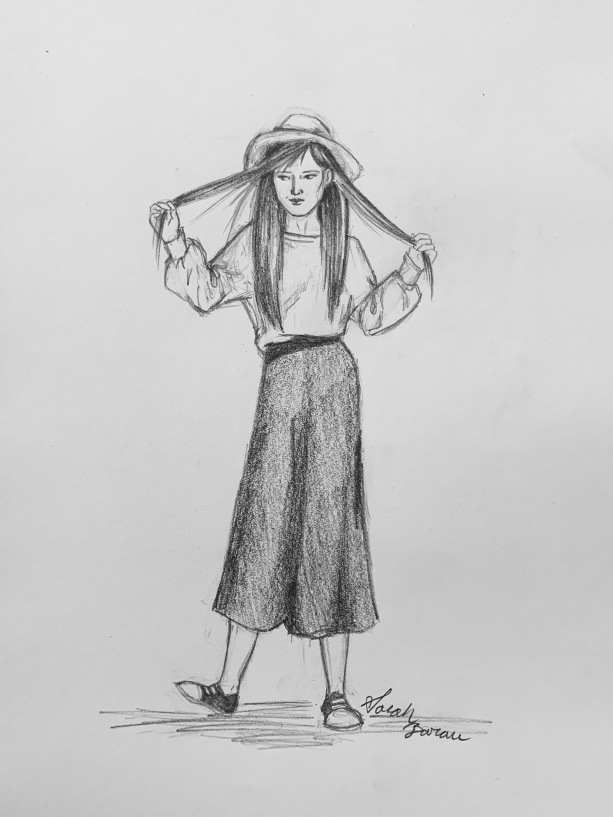 Basically, we go from a baggy-sweater emo kid to the baggy-sweater personification of sunbeams and cotton-candy radiance eternal.

Don’t ask me how this happened.

Knowing how much he originally desired it, I’ve now given Daeus the opportunity to be in TWO blog posts.

Also, yes, that is a significantly larger mustache than the one he currently possesses. Don’t ask. 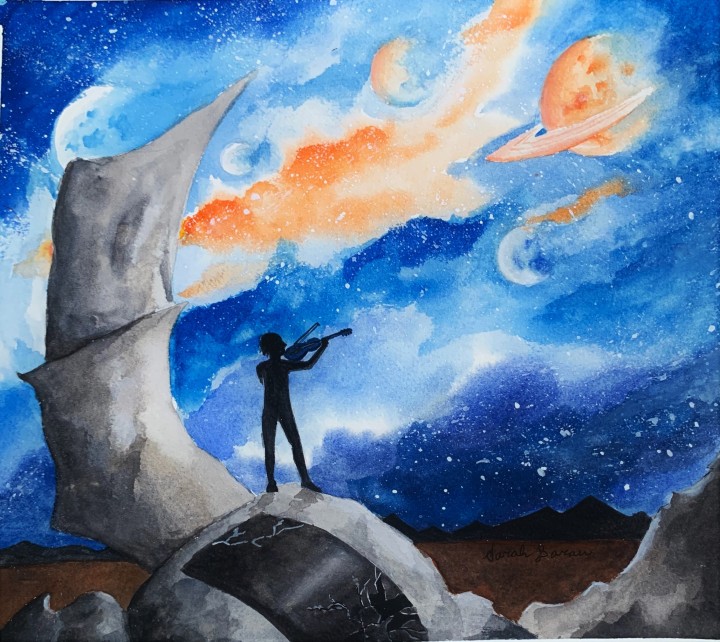 Last but not least… this. Once upon a time, my friend was trying to talk me into painting something epic. She said (and I quote), “Do another spacey thing. With silhouettes. And epic lights. A boy’s silhouette playing a violin to the stars with his wrecked space ship in hulking, jagged fragments around him. Name it ‘A Study in Circles’ or something. And then you could do this epic hoity toity thing to go with it like, “children, this is how we do composition with circles’.”

Take note of the spherical theme going on here. See how each planet is a small circle arranged in a large, circular pattern. Note the implied circle of the ship’s wings. See how the cockpit is round, like a sphere.

Children, take heed: This is how we do composition with circles.

Well, I hope you enjoyed that! I’m going to risk sounding like a condescending snoot of a blogger and ask — is there anything you guys would like to see me draw/paint more of? I am ever at your disposal.

Although you may not hear from me again after tomorrow.

Did I mention I’m going to see a play of The Horse and His Boy?

And it may render my cognitive and speaking functions permanently numb.

24 thoughts on “Hearts and Hag Noses // another art dump”