Before I welcome myself back and gush about the new year, I’d like to issue a formal apology for using the word “rad” in my post’s title. Do I like the word rad? No. Is it a redundant word that should be eradicated (*coughs* eRADicated… okay now I hate myself) from the English language? Absolutely. Am I also fanatical about alliteration?

OKAY, now that I got that out of the way–

Hello, my friends! I’m back! I’ve had a humdinger of a hiatus, but it’s finally time to break the internet silence. (I missed you guys.) So here we are. 2020. A new decade. The Sarcastic Elf is back in business. And guess what! You get a 2019 WRAP-UP POST!!

(Because I’m boring and unoriginal.)

Somewhere in the world, at least 300+ people are eating ice-cream right now, and I find that truly beautiful.

I still don’t own this:

My dad almost died — not once, but TWICE — with back to back heart attacks in Spring. (And then the next day, Notre Dame Cathedral burnt down. So it was a triple whammy.) My memories of that time are mostly scattered, a disjointed collection of ER halls, getting lost in the lab division with my brother, staying up until five in the morning, and stealing the desert off dad’s plate. (In my defense, I was trying to help him stay healthy.)

(The nurse who walked in just as I did so had other opinions.)

(She thought I was a terrible daughter.)

The good news is, dad survived. And the Lord once again proved Himself to be the kindest, gentlest, most merciful God I will ever know. 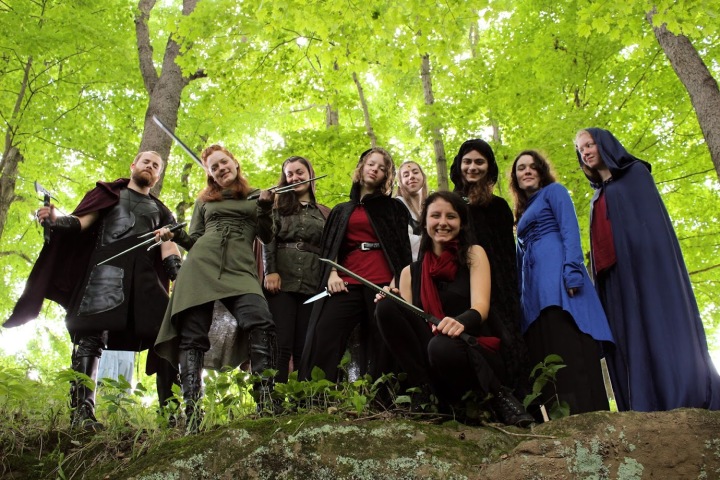 {{ Cabins, Canoeing, and Crazy People // a convergence of writers }}

I gave my school years a fond and affectionate kick in the pants and booted them out of my life forever.

I also had to give a speech (in front of people…) but my nervousness over that fiasco pales in comparison to the outright terror of Anna trying to devour my hat.

{{ The Road to Graduation // and other frightening tales of social phobia }}

{{ How to Survive Your Graduation // God enters the picture + a video }}

One of my resolutions for this year was, and I quote–

But hey, I still managed to do some other writerly things! I failed at NaNoWriMo! I hosted two Camp NaNo cabins and failed at those too! I entered several short story contests and failed! Entered a flash-fiction contest and failed! Hosted Preptober Prompts and failed! And I only wrote SEVEN MEASLY CHAPTERS OF AETERNA!!

As sad as this sounds, I’m actually really happy with my 2019 writing journey. There were a LOT of failures, but through it all (and maybe because of it), I finally discovered my writing voice. It’s far deeper and darker than I expected, especially in comparison to my blogging voice, but hey. I love it.

I began an arsty instagram account, posted fanart, and had not one, but TWO of my favorite authors acknowledge me.

Lord, take me now. My life is complete.

As spectacular as these triumphs are, I have another achievement to stick under my belt: Folks, where once I was the student, now I am the master. (*epic Vader breathing*) I started teaching a small homeschool watercolor class, which… feels like more of a big deal than it actually is. I haven’t bored the kids to death yet, so that’s a plus. And despite the fact that I think I’ve learned more from this experience than my actual students, it’s been good. I get to paint cool reference sheets, so that’s a plus. 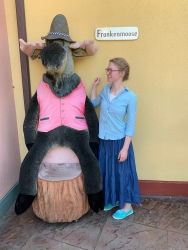 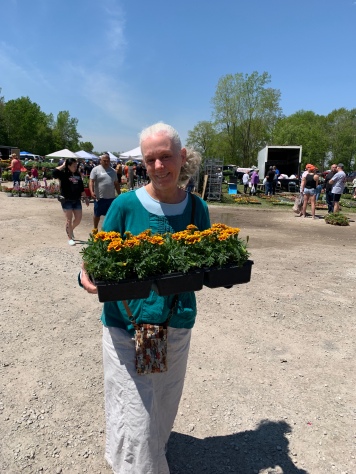 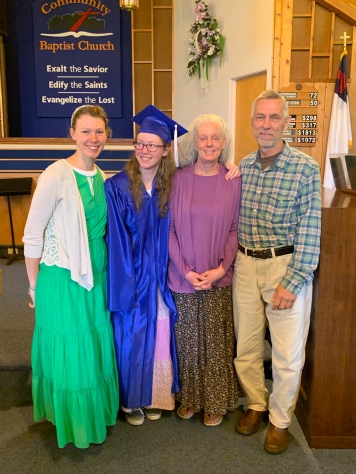 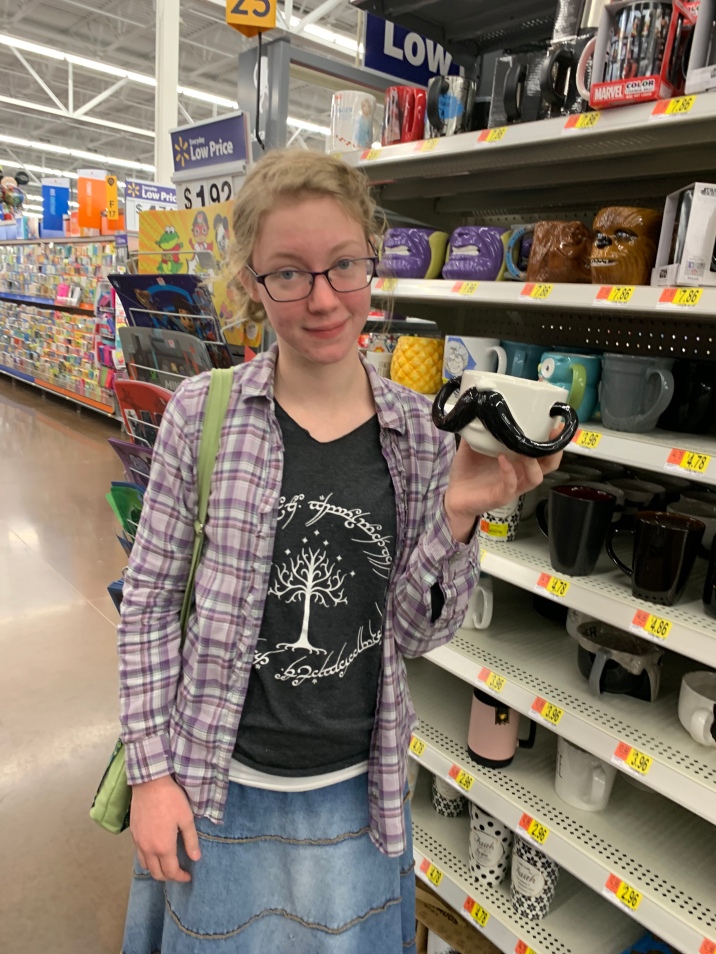 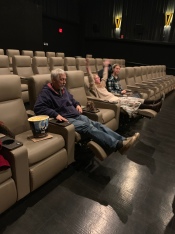 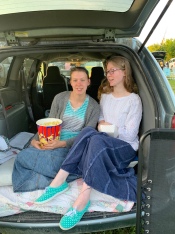 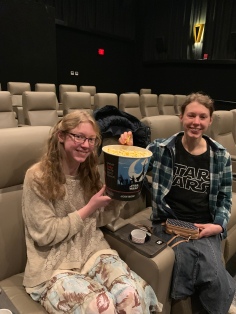 The Horse and His Boy stage play is totally a thing and I totally saw it and totally combusted. 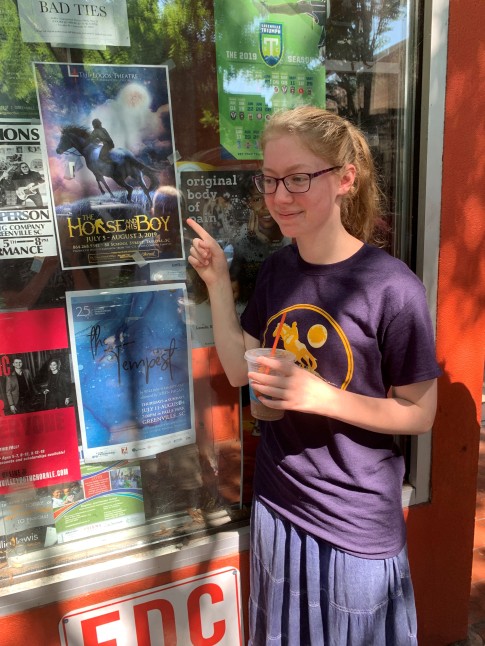 My shirt has the same picture on it, but no one can see that because I’m holding a stupid drink. (Because CAFFEINE.)

Apparently, according to some pessimistic party-poopers, writing and arting aren’t enough to be financially self-sufficient. (At the moment.) So I got a job. And have been cursing my ill-fated existence ever since.

In all seriousness, it’s really not so bad. (Besides the part where I have to be around people for 10-12 hours a day and pretend I’m not inwardly judging every customer I’ve ever laid eyes on.) God has taught me a lot through the experience, and I’ve almost, aaaalmost learned how to act like a normal human being! (Almost.) So that’s a plus.

{{ The Joys of Job Hunting // and other frightening tales of adulthood }}

I bought a domain!

People voted The Sarcastic Elf as the funniest blog in the the 2019 Lit Aflame Blogging Awards!

I randomly dropped off the internet for two whole months and everyone thought I was dead!

So we have friends. Nerdy friends. Geeky friends. Friends who threw a Lord of the Rings themed costume party.

There were Ringwraiths. There were Hobbits. Someone came as Gandalf. I was an elf. We ate lembas bread and admired each others’ weapons.

It was a pinnacle moment in my life that no other event can hope to rival.

As you can see, I’m a little confused and majorly unsatisfied. But Kylo Ren is cool.

Anna: “Sarah, why are all Russian names in Spanish?”

Anna, clearly not grasping the concept of werewolves: “Why are all YA books about people who turn into wolves? I would totally read a book about someone who turns into a penguin.”

Anna: “I think normal terms of endearment, like honey or sweetheart, are stupid. When I get married, I’m going to call my husband ‘Fried Chicken’ or something.”

Anna: “I’m not an ambivert! I’m just an introvert who’s in denial.”

Anna, trying to comfort me during a time when I felt useless: “Aw, Sarah, Winnie the Pooh would think you’re useful!”

This coming from the bear whose life goal is to do nothing.

I was not comforted.

2019 was… a lesson. A big, 365-day lesson that covered everything from basic social etiquette (which I still don’t possess) and how to cut cabbage, to hugely philosophic topics such as “who am I?” and “what does my life mean in parallel to the broad scope of human existence?” and “what is my purpose in Christ?” and last but definitely not least, “what do I want my future to be, what does God want my future to be, and how can we make those two paths go together?”

And though life has had its moments, and those moments were really, really good, I can’t say 2019 has been fun. (Because it definitely wasn’t.) God saw me in my little corner, obsessing about a future in the creative arts, and said, “Hey now, whoa now kiddo, don’t you think you’d better get yourself figured out first?”

So the brakes may have slammed on my writing/artistic endeavors. (At least for the moment.) The spotlight turned. My heart became the subject of God’s attention.

But He is good. And so, even as 2019 brought me through some of the most intense struggling and soul-searching of my life, the Lord made sure to counter it with some of the most wonderful experiences I’ve ever had. I met new people and tried new things and discovered so many paths I had no idea existed. God has given a shape to my future I never saw before, and still don’t entirely understand. But for the first time in my shy, timid existence, I feel brave enough to step forward and discover it.

So HELLO, 2020! Welcome, my friends and followers! Greetings, newcomers! It’s a brand new year, another chapter, a fresh start, a world of change, and boy, AM I GLAD TO BE BACK!! Here we go.