Let us take a moment of silence to accept that summer is pretty much over and September is already upon us.

Did I mention school is starting for me soon? *dies*

Did I mention school is a terrible, terrible thing, even for a homeschooler?

The approach of said school has caused me to slide into a deep and serious frame of mind. Questioning human existence, and all that stuff. You know—

“What if I die tomorrow?”

“If I do, does that mean I won’t have to do school anymore?”

What follows is a result of that deep and serious frame of mind. But be forewarned: It actually is kinda deep. It was one of my 2-In-The-Morning thought processes. I decided to share it with you all.

So, to move on here, I think it’s safe to say that every human being, at some point in their life, has looked up at the stars and (for lack of a better word) said—

For a Christian, it’s a double wow. Because there is no crazier demonstration of God’s awesome power than when you realize just how big the world is, and how small we are compared to it.

I live in between Washington D.C. and Baltimore, two huge cities with a combined population of 1,300,000 people. I am but one person in that humongous number with 6 zeros.

Yet this is the world. 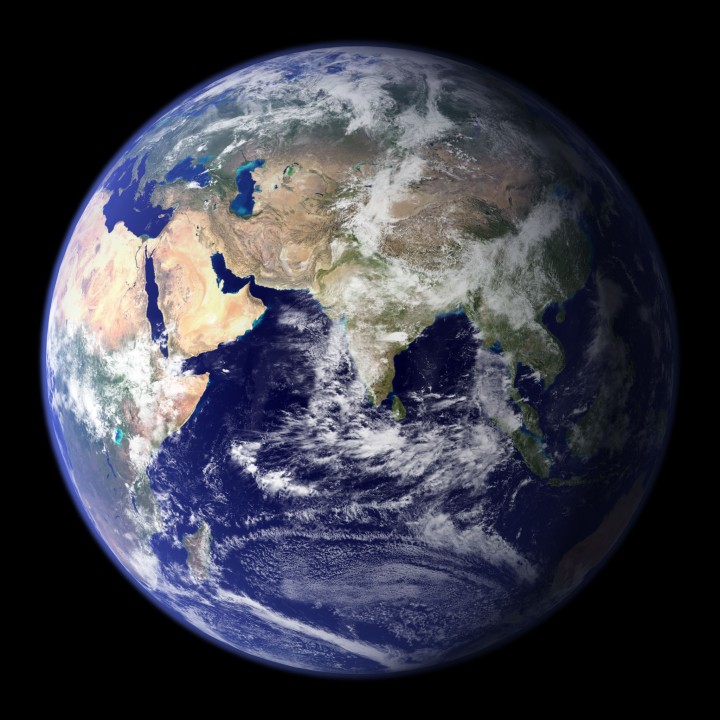 You can’t even see those huge cities anymore. Compared to the world…Washington D.C. is a speck.

Basically, my speck just got speckier.

This is Earth vs. the sun.

Yeah, I’m not even a speck anymore. I’m an atom’s germ.

And that, folks, that little circled dot, is the sun.

Compared to this… I am nothing. This huge planet we live on, these 7.5 billion people that populate it, we are all nothing compared to the massive size of this.

Yet God is bigger than it all.

We don’t often consider God’s might, and that’s why I think He created the stars. The solar systems. The galaxies upon galaxies. Not only to display His own handiwork, but to remind us who He is, who we are, and just how small we are compared to Him—He who uses the world as a footstool. Every once in a while, someone looks up at the stars, and it hits them:

And so, people often use the galaxy as an example of the futility of life. When we think our pathetic little lives and piddly little problems are huge, just look up there, and realize that in the great scheme of things, we’re really not important. We are mere blips in a stretch of space that is infinite, filled with planets and stars 1,000,000,000 times bigger than our measly planet. 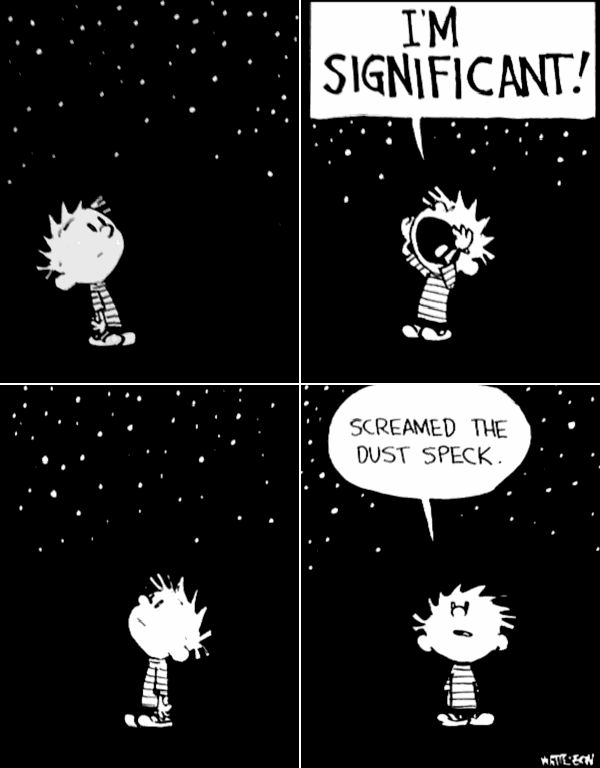 I’m not gonna lie—this used to scare me too. Even with a firm belief in God, my tininess is… well, TINY. But you know, it doesn’t frighten me anymore. Not like it used to. At 2 A.M., I realized something. Everyone plays up the hugeness of our galaxy, but they often fail to recognize one very important thing:

In a galaxy that stretches on forever, God chose to love specks.

I find the vastness of the stars to be a reminder of several things. Yes, that I am nothing in the sheer awesomeness of God, but also this:

3 When I consider Your heavens, the work of Your fingers,
The moon and the stars, which You have ordained,
4 What is man that You are mindful of him,
And the son of man that You visit him?
5 For You have made him a little lower than the angels,
And You have crowned him with glory and honor.

6 You have made him to have dominion over the works of Your hands;
You have put all things under his feet,
7 All sheep and oxen—
Even the beasts of the field,
8 The birds of the air,
And the fish of the sea
That pass through the paths of the seas.

9 O Lord, our Lord,
How excellent is Your name in all the earth!

It’s humbling to realize we are nothing. It’s staggering to realize the King of Kings still pays attention to us, the dirt beneath His feet. In this vast world, God notices us. Each and every one. He guides us. He protects us. He loves us.

He created us in His own image.

We, who are mere specks.

If that ain’t comforting (and totally mind-blowing), then I don’t know what is. Let us take this moment to be awed by how great and marvelous our God is.

15 thoughts on “Message from a Dust Speck”