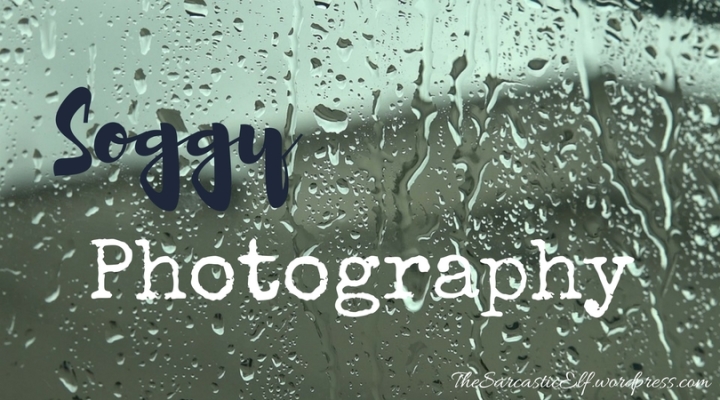 You may have noticed that I didn’t do a post last week. I could launch into an extensively detailed explanation of why I chose not to write anything, but I think I’ll spare you that account. The long and short of it is… 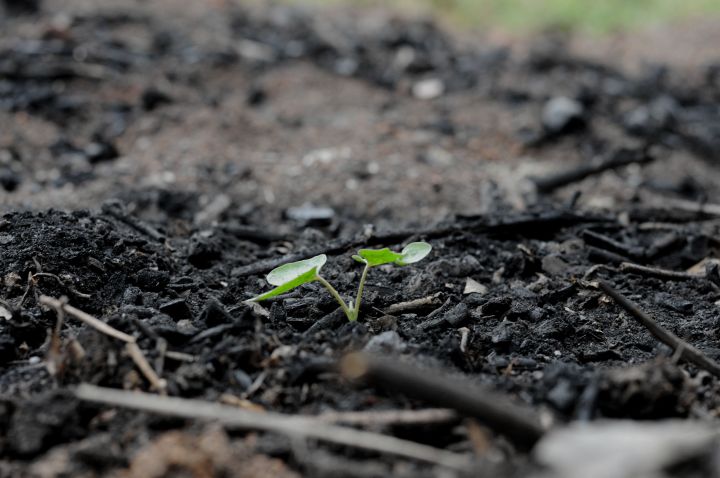 ‘From the ashes a weed shall be woken.’ How’s that make you feel about yourself, Aragorn?

Leave it to me to destroy one of Tolkien’s most beautiful quotes. 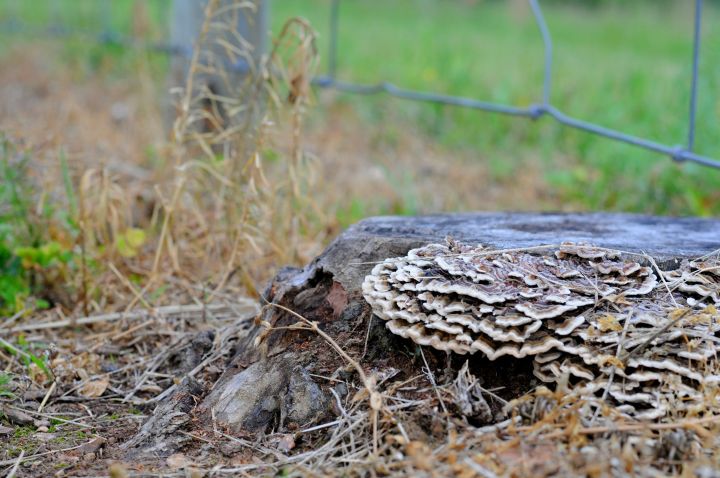 Some sort of lichen. I’m probably more enamored with it than is normal for an average human being.

In my defense, I never said I was average. 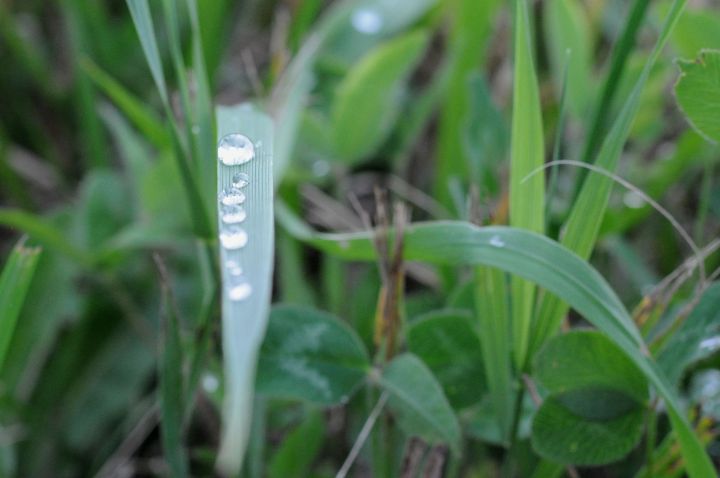 I was taking these pictures in the rain, just so you know. My poor camera hates me. (And I still haven’t figured out my aperture, so most of it’s blurry. Stupid aperture.) 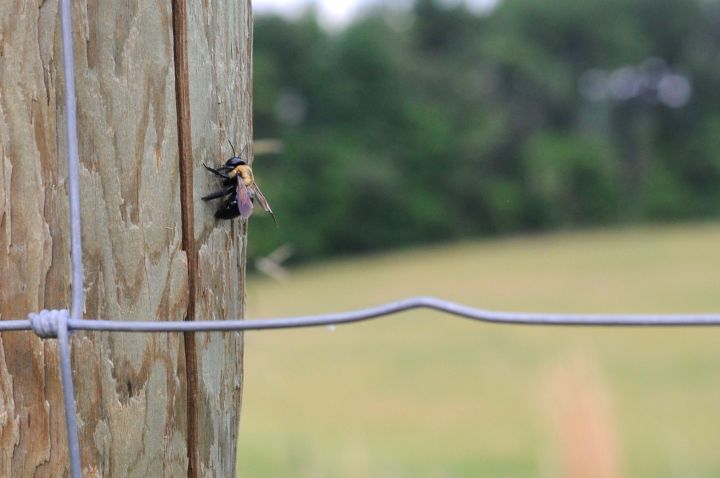 GUYS! Remember that bee from my other photography post? I found him again! And this time, I got more than just his rear end, so no profound Mop quotes for me, thank you very much. I shall name him Clarence. 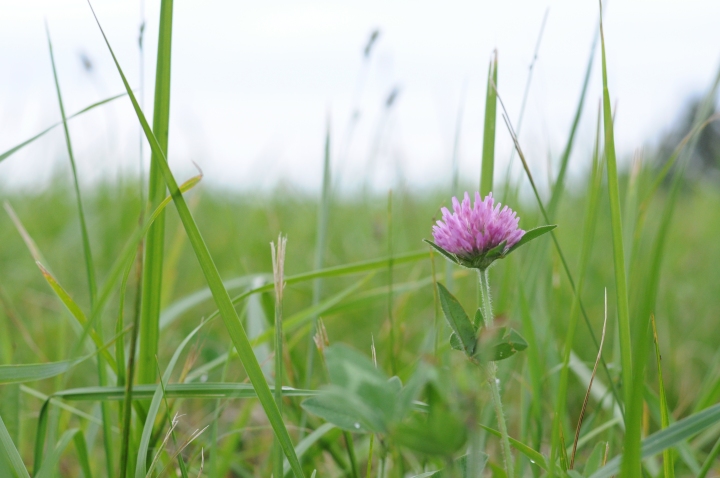 I was tearing around the upper pasture like a crazy person when—HOLY MACKEREL, WAS THAT PURPLE?!? 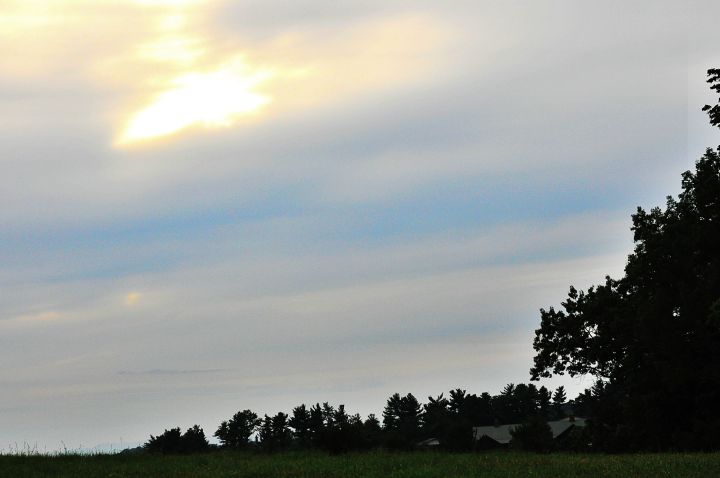 Look at that, it stopped raining. 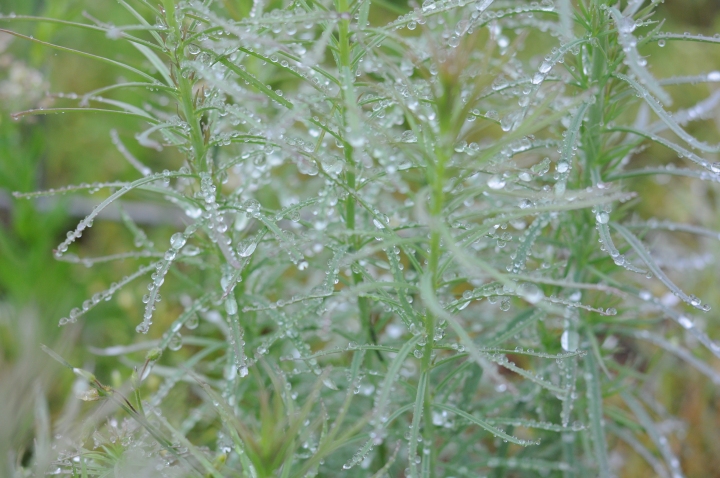 This. I love this too much for words. They’re like little Christmas trees. 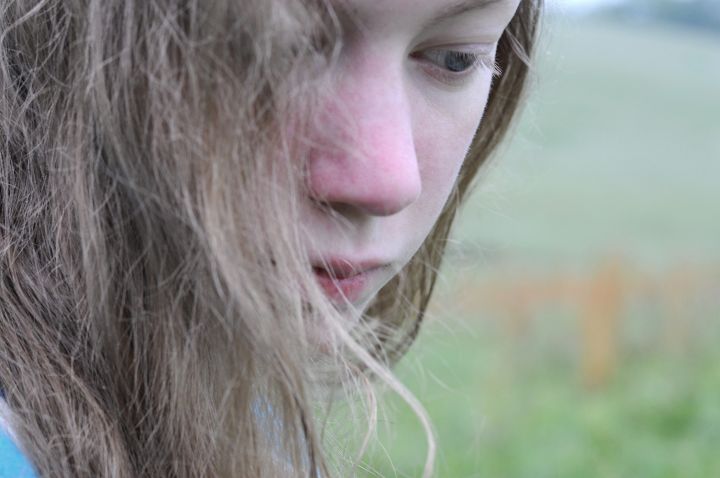 I’m including this one because it’s just too priceless to miss. How in the WORLD did I manage to photo-bomb my own picture? I’m serious, guys, this was not intentional. And I’m pretty sure I wasn’t up there, accidentally waving my face in front of my camera. Maybe I was fixing my lens. I don’t know.

Epic Story Time: You may recall that I didn’t do a post last Thursday. (I aim for Thursday. Whether or not I actually POST on Thursday is another matter.) Well, for the last few weeks, my mind has been dead. Utterly, entirely dead. Which isn’t good. I lost the lightness in my writing, the ability to take a situation and snark-ify it. Nothing was coming. I had deadlines, I needed to write, I needed to GET THESE POSTS DONE. But nothing was coming.

The funny thing was that as my blog writing deteriorated, my book writing got increasingly better. Which was odd, considering I haven’t been able to write three words for the last month. But suddenly I’d be able to sit down and churn out two pages in half an hour, something I’d certainly never been able to do before. So why couldn’t I write a stupid blog post?

Now, here’s something you need to know about me: As I go through life, I have a commentary constantly running in my mind. This inner dialogue makes sarcastic cracks about things, or takes whatever I’m doing and lays it out the way I would write it. This is what these posts are derived from. But my inner dialogue had been slowing down until finally, it was gone altogether. And where it should have been, I just felt…empty. Like butter scraped over too much bread. It wasn’t depression. It was physical and mental heaviness. Like part of me had just shut down.

I decided to take a walk in the hopes of starting it back up again. And during the course of that walk, I had the most major revelation. Do you remember that time I didn’t think God could write a book? I realized that God was trying to show me something. Why do you think I could suddenly write my book but not my blog?

I had given my book to the Lord. I had not given Him my blog.

And you know what? Standing up there on the hill, in the rain, I actually started to feel…happy. Not the way it’s portrayed in books, where “I couldn’t keep the smile off my face, and suddenly burst into song”. Bursting into song is for Disney. But this overwhelming energy suddenly betook me, the kind where you just need to jump up and down to get it out.

That, kids, is how I convinced the neighbors that I’m a crazy person.

And as I was racing around, looking at raindrops and antagonizing bees, guess what happened?

The inner dialogue slowly began cranking back up again. You’re reading the results of it. I think we can all agree that God is the greatest.

Then I came inside and found a tick on my skirt. The End.

I just realized that if I put these links in the About page, I won’t have to keep tacking them onto the end of every post.